FaceApp Is Haram, So I Use It On Non-Living Subjects 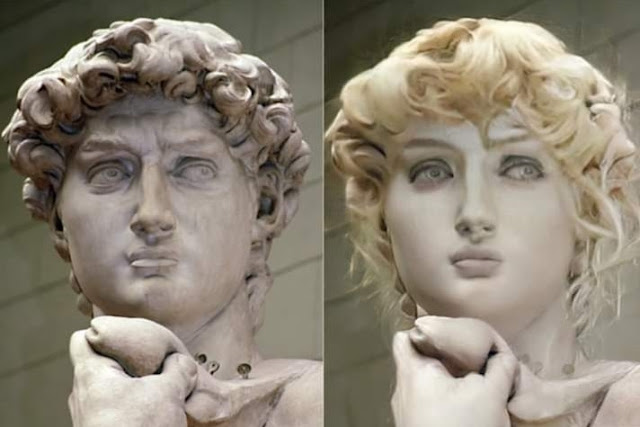 FaceApp is a photo-editing application developed in Russia and was launched three years ago (2017). Its aging and gender-swapping features became a trend on social media, with thousands sharing photos of themselves appearing geriatric or as the opposite gender. Perhaps this is due to being bored amidst the Coronavirus lockdown. 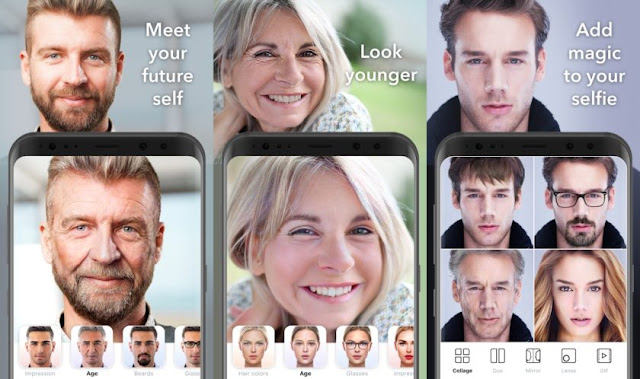 The FaceApp tempts users to see what they look like in a different style, age and gender

Recently, the Federal Territories Mufti office has issued a fatwa (Islamic legal injunction) prohibiting Muslims from using FaceApp. In a statement posted on its website, the Mufti office said altering a photo of one's face using FaceApp and sharing it is prohibited as it is "akin to encouraging the tendency of changing God’s creation even though it is not done through physical means".

This explanation seems to be in line with a statement by Sheikh Muhammad Iqbal Nadvi of the Calgary Mosque in Canada, who said, “Changing one’s sex is a kind of tampering with the creation of Allah (God) and following the way of the Shaitan (Satan) who vowed that he would misguide the sons of Adam in this way and in others, as clarified in the verse: “And surely I will command them and they will change Allah’s creation.” (An-Nisa’: 119) 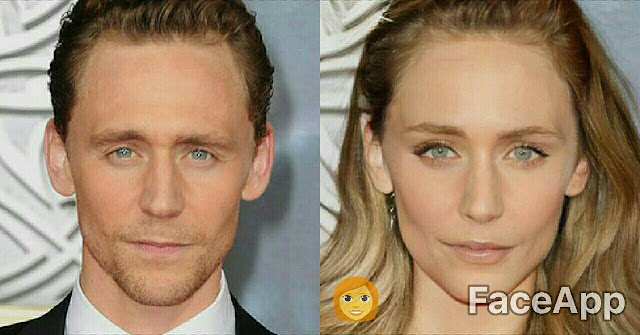 Using the app to change the face to make it younger or older could also mislead people from the truth, the office said, adding that people cannot predict what they will look like in the future, as they are not meant to know what the future holds.

In an interview with Al-Hijrah News, a preacher from the University of Islamic Sciences, Nur Muhammad Hadi, mentioned that "changing one's features to the opposite gender is against human nature", and that "spreading the gender-swapped photos on social media is humiliating and degrading", tarnishing one's reputation.

During the interview, Hadi voiced his concerns that children might use this feature and post up the images on social media, attracting pedophiles online. He also fears that this might encourage young boys to change their gender when they see their features as female. 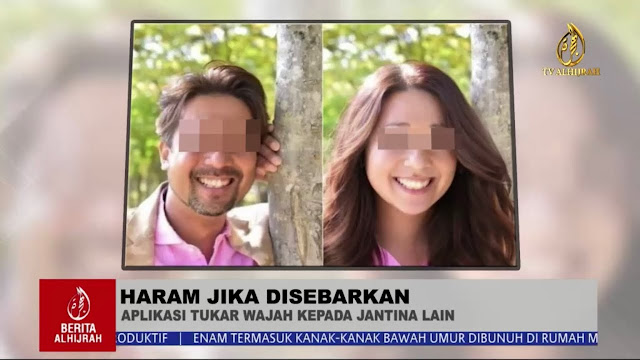 Changing gender in FAceApp is considered as haram in Malaysia

Apparently, yours truly is also guilty of indulging in the gender-swapping fun and have turned many of the edited photos into profile pictures on social media accounts. What is more unfortunate is that I have paid for the subscription a day before the fatwa was issued, and it isn't really cheap. But I agree with the fatwa reasoning that such use of photo-editing may bring risks to one's identity and security so I decided to adhere to the fatwa.

Since it is haram to use Face App on God's creations, I will keep using FaceApp on human's creations until my subscription term ends. Thus, the images of Western statues, paintings and game characters have become target victims to my photo-editing blasphemy... 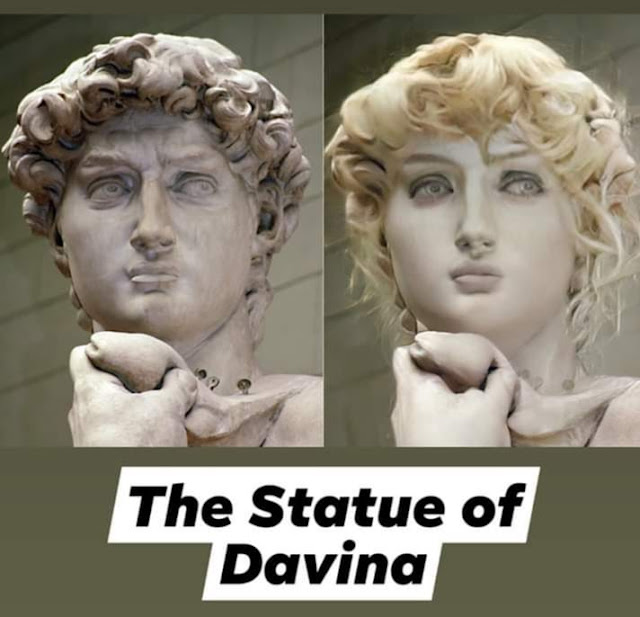 Wonder what Michelangelo would think about this? 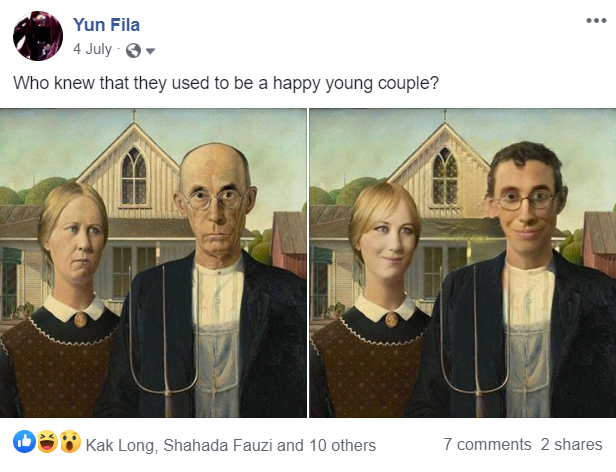 Who knew that they used to be a happy young couple? 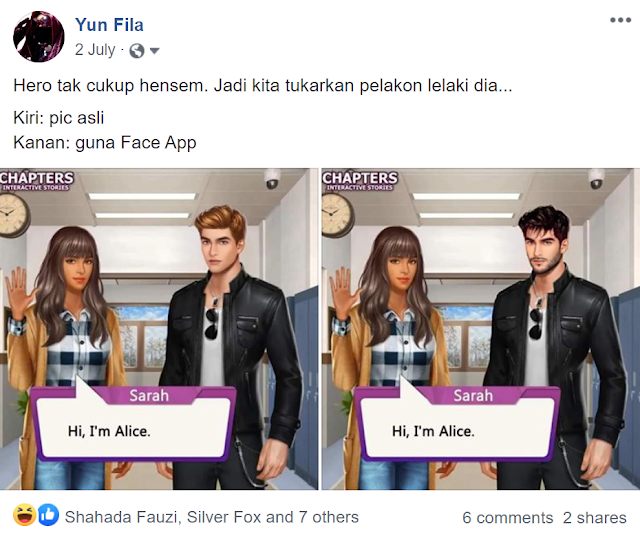 Redhead guy not good-looking enough, so I had him replaced with Mr. Tall Dark & Handsome 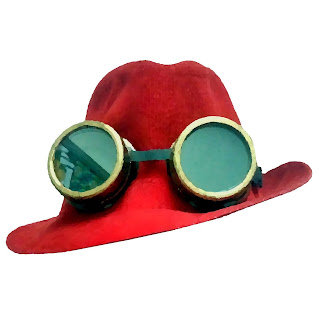